Who gave you your first health advice? When you were a small child and got your first boo-boo, it was probably a parent that kissed it to make it better, or cleaned and bandaged the wound. As we get older, we learn that kissing doesn’t medically make it better. But some of the other health advice we get from our parents sticks, whether it’s accurate or not.

Doctor Oz has gotten into the myth busting business this year, revealing the truth behind Health Myths Doctors Believe. Now, he’s at it again, tackling more common misconceptions about health and wellness. Do you believe something that could actually hurt you in a medical crisis?

Doctor Oz: Does A Sunburn Turn To A Tan?

With summer beach weather fast approaching, everyone is going to be after the perfect beach body tan. But it can be too easy to end up sunburned. Is it true that your sunburn will turn into a tan as it heals?

This is the first myth of the day. Though one woman in the audience said this is what happens to her, Dr Oz explained that it’s not quite as simple as she thinks. She said she would burn in the sun, turning the skin pink. But eventually it would become more of a bronze shade.

That’s because the harmful UV radiation is penetrating multiple layers of skin, causing Melanin to seep through to the surface. But that radiation is causing permanent tissue damage that can have a lasting impact on your body and appearance, likely affecting the way your skin will age.

If you’re trying to avoid a sunburn, the Food and Drug Administration (FDA) recommends sunscreen with an SPF of at least 30. Apply about a shot glass of sunscreen all over the body, replenishing it during a long day at the beach. It’s important to protect against UVA and UVB rays, and Every Skin Tone Needs Sunscreen. 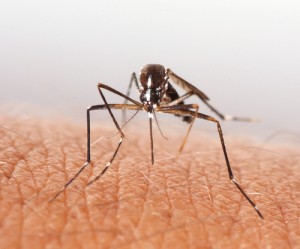 What draws mosquitoes to you? It can ruin a perfectly good sunset or picnic to be bitten by one of them, but why do they target some people and not others? Is it true that mosquitoes are attracted by sweet blood?

This is also a myth. Alexandra said her mother told her that was the reason she was always getting mosquito bites.

In reality, mosquitoes have remarkable tracking capabilities, and can target you from 160 feet away. As a mosquito stings, it plunges its tentacles into your skin. That itching sensation is its saliva hitting the bloodstream. As it suchs your blood and pulls the tentacle out, you’ll feel it and probably try to kill it.

In reality, the reason mosquitoes are ruining your barbecues and campfires is surprising but simple. They’re attracted to the carbon dioxide from your breath, which is also put off by your fire. Mosquitoes are also attracted to dark clothing and body odor.

Dr Oz revealed that Lemongrass Oil is a great Mosquito Remedy. Lemongrass Oil may already be found in the bug spray you’re using. But you can create your own by adding some oil to your sunscreen supply. That way you’ll protect yourself from the sun and the insects with one application.

Some of us can’t get enough of the spiciest foods on the menu, from hot wings to peppers. But many of us also believe that those spicy favorites are responsible for many stomach problems, such as ulcers. Is this true?

Dr Oz revealed that this is yet another myth. Monique learned this from her grandmother, and she’s been afraid to eat the spicy foods she loves, because both her brothers have ulcers. But surprisingly, the inflammation from spicy favorites could actually help heal an ulcer, despite the burning they may cause during digestion.