The symptoms of Lyme disease are so common that many doctors are misdiagnosing people. This is bad news considering the greatest threat of getting Lyme disease is right now.

Fatigue, muscle aches, and rashes are just a few symptoms of the disease caused by a parasite. As Dr. Oz said, a tick is the size of a poppy seed, but the tiny parasite can cause gigantic problems. The Centers for Disease Control warned that 300,000 people were diagnosed with Lyme disease in 2013 while only 19,804 were diagnosed in 2004, meaning it’s certainly on the rise. 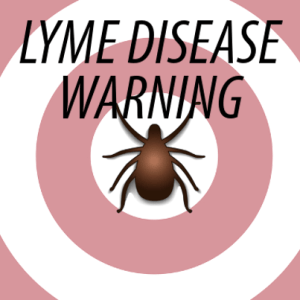 Dr. Oz shared the symptoms of Lyme disease, ways to prevent it, and how to properly remove a tick.

So how exactly does it work? Well, first the tick latches on to your skin and within 36 hours, the bacteria begins growing in your body. Then, 3-30 days later you begin to have identifiable symptoms such as rash, fatigue, fever, headache, muscle and joint aches, and swollen lymph nodes. You may also notice a bulls-eye type rash and feel like you have the flu, but the rash is harder to see on darker skin.

Several months later you will get symptoms like heart palpitations, facial palsy, severe headaches, and arthritis. If still untreated, months to years later you will experience neurological problems, numbness in hands or feet, and short term memory loss.

A simple blood test can detect it but too often it is misdiagnosed. You are more likely to get it in the Northeast but cases have been reported in every state. The good news is that even if it takes a year to diagnose, it is still treatable by antibiotics.

Ticks are the carriers of Lyme disease but many people don’t know how to correctly remove them once they’ve attached themselves to their skin.

Ticks attach to your skin and feed on your blood which then infects you with the disease. So how do you get them off? Dr. Oz suggested that you use tweezers but don’t squeeze the large bulb area of the tick. By squeezing that area, you would push all the bacteria back into your skin which is the worst thing to do of all. He explained that you should carefully grab just the head of the tick and lift up gently. Once the tick is removed put antiseptic on the bite.

To avoid the tick to begin with and protect yourself from Lyme disease, Dr. Oz suggested using insect repellent with 25-5-% deet. If your kids are under 12 it should have no more than 10% deet and no deet at all on kids under 2 months of age. The CDC also approved the use of Lemon Eucalyptus Insect Repellent for those that don’t want to use deet.

The trick is to be aware and take steps early to prevent yourself from getting the disease and pay attention to your symptoms if you think you may have it.