Dr Oz shared that he was going to help improve his viewers’ memories, but he asked for a little help from the host of Brain Games, Jason Silva. Silva began his career creating web content with a focus on the brain. Now he’s the host of the hit National Geographic show that has been called a workout for your mind. The show uses games, experiments, and illusions to sharpen your mind. 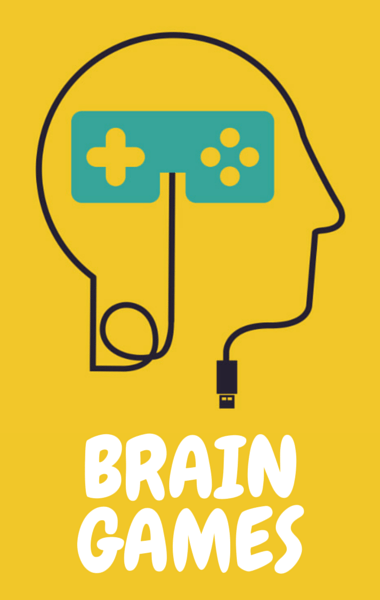 Dr Oz welcomed the host of ‘Brain Games,’ Jason Silva, to share some of his games to sharpen your memory and focus. (David Acosta Allely / Shutterstock.com)

Jason joined Dr Oz and explained that they designed the experiments to highlight the misconceptions in how you perceive reality, which makes you curious to learn. He said you learn about strengthening your brain and you also learn about the limitations of your brain, which can provide a sense of humility.

Jason had a few tricks that would help sharpen your memory and even impress your friends. The first test was called The What’s That Phrase Test. Jason explained that he was going to display a phrase that everyone needed to say out loud over and over again until they got it. The phrase was “this guys they’ll hymn it,” which after you say it over and over becomes “the sky’s the limit.”

Jason explained that when you read it, your left brain is reading it phonetically until your right brain kicks in and you figure it out.

Jason then showed “ace ditch hen dime” which becomes “a stitch in time.”

Dr Oz then asked his audience members how many of them will meet someone at a party and then can’t remember their name a minute later. Dr Oz said he’s the worst at that, which is why he was glad that Jason had a little game that would help all those people.

Jason showed a video that explained how it can be hard to remember names in a group of people, but by using a simple jingle like the one from the Nationwide Insurance commercials, remembering names can become a lot easier. String a list of names you’re trying to remember into a catchy jingle or song.

Jason then had another brain game to test how long you could remember elements of a scene. Dr Oz showed a picture and asked viewers to do their best to remember what they were looking at. He said to memorize where everything was before he took it away. He brought back another picture that had two different elements added, before taking it away, to see if they would notice a change.

Jason said the takeaway is that your brain is trying to save energy, so your brain would register the big change, and is less likely to notice a smaller change. Jason said you need to study the details and practice mindfulness, and also suggested avoiding multitasking.