Scott Carney, the author of “What Doesn’t Kill Us” knows all about how to hack your body to boost your immune system, burn more calories, and lose weight. According to Scott, there’s a tactic we can all do at home to help deal with anxiety and take control of our nervous system.

It’s called power breathing and it can seem a bit extreme. It’s a two part method: the first is the cold and suppressing the shiver response, while the second is hyperventilating or deep, controlled, rapid breaths. You want to feel a little dizzy and tingly, as you breathe in and out quickly three times, then let all the air out of your lungs and hold your breath. You’re letting carbon dioxide out of your system while increasing your blood oxygen count to its maximum potential. You typically do about three reps where you hyperventilate then hold your breath. The goal is to engage your sympathetic nervous system.

Dr Oz: Power Breathing For A Burst Of Strength 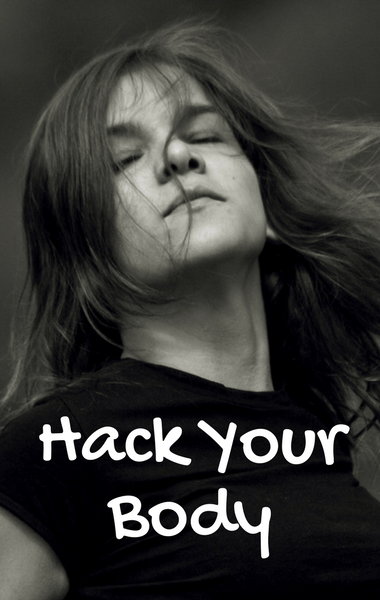 Dr Oz spoke to a man who found a way to hack his body in order to achieve super strength while also improving his health and losing weight. (dani_vazquez / Flickr)

After you go through the last cycle, you may notice a “power burst of strength.” Scott explained that if were to drop down right then and do push-ups, he would likely be able to do about 20 of them. But if he does the power breathing first, he’ll easily be able to double that. He’s even done as many as 80 push-ups in a minute without breathing. According to Scott, you’re stimulating your fight or flight response and getting to a point where your sympathetic nervous system is engaged which means your body knows you need a burst of energy.

Dr Oz turned back to Andrea and Georgia from the previous segments to see how they would do if they practiced the power breathing along with Dr Oz and Scott. After 30 deep breaths and holding their breath, they noticed how easily they were able to perform push-ups. Dr Oz admitted that he did more push-ups than he usually can and he felt like he could keep going. According to Scott, the way his body regulated its exhaustion point was different. He literally hacked his body! Try practicing power breathing first thing in the morning as part of a quick workout.