Dr Oz: What To Do If Your Health Insurance Is Canceled

Today Show investigative reporter Jeff Rossen talked with Dr. Oz about a health scam that could be affecting the health of your family. He went over how some truck drivers are delivering food to grocery stores that have been traveling in a 101 degree truck. 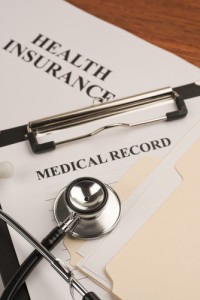 Dr. Oz talked with Patsy Bates, a cancer patient who had her health insurance canceled, about how she was able to stand up to the insurance company.

Medical correspondent Elizabeth Cohen shared with Dr. Oz a story she uncovered about a health insurance company that took away a woman’s benefits after learning she was diagnosed with cancer.

When Patsy joined the insurance company she was in perfect health but not long after she was diagnosed with breast cancer. The insurance company accused her of lying about her health so they dropped her and canceled her benefits right before she was scheduled to begin chemotherapy.

Patsy wasn’t going to sit back though. She contested the decision of the company to drop her and she won in court. Elizabeth Cohen told Dr. Oz Patsy won nine million dollars, with the judge calling the actions of the insurance company “reprehensible.” Unfortunately, according to Cohen, this type of situation is not uncommon. She continued by saying insurance companies oftentimes take advantage of their members by using weak excuses to cancel the customer’s insurance so they can save big. Cohen said the sickest part of the whole thing is that employees of insurance companies are being rewarded for canceling policies on customers like Patsy. For someone who canceled Patsy’s policy, Cohen said they could have received up to $20,000 as a bonus for a job well done.

Dr Oz: How To Fight An Insurance Company In Court

Elizabeth Cohen said if your insurance company tries to take advantage of you, you need to fight it just like Patsy Bates did. Cohen suggested looking at advocacy groups that are willing to help you if you need it.