Can you really hack your body to reverse disease and achieve optimal health? Dr Oz welcomed Scott Carney, the author of “What Doesn’t Kill Us.” Scott explained that humans have been around for thousands of years, during which they endured constant variations. He believes our bodies are made to adapt and adapt rapidly to environmental changes, as needed. But now, we live in a mostly climate-controlled world no matter what the weather is like outside. He believes that because we aren’t facing those variations, we’re not “stimulating our biology.”

He claims that while it looks shocking to most people that he would climb Mount Kilimanjaro shirtless, it’s actually a human ability that we have, “and by exercising that, we can do great things like we improve our immune systems, we can lose weight very rapidly.”

Dr Oz: Our Bodies Were Built To Work For Food + Cold Showers 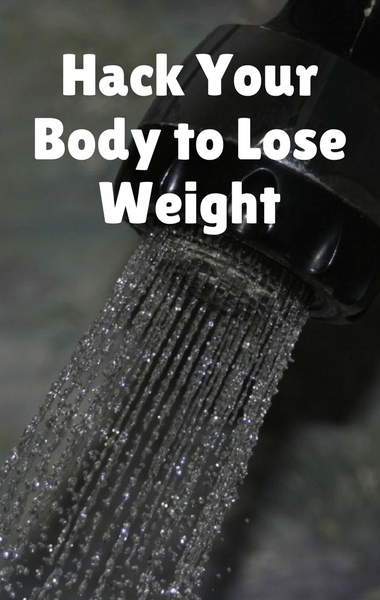 Dr Oz spoke to a man who learned how to hack his body to burn more fat, lose weight, and tackle extreme elements. (skateimpulse / Flickr)

Dr Oz then explained that our bodies are built to work for the food we eat. As we face the temperature changes and different climates, we naturally burn calories and lose weight. But we aren’t facing those same challenges.

So what happens in our life when we switch to the “modern experience?” Dr Oz then spoke to two women, Andrea and Georgia, who areboth busy moms desperate for more energy and better health. They tried one of Scott’s techniques to see if it would help them. They each took a freezing cold shower, complete with shrieks and rapid breathing, to see if it would give them the jolt they needed. They both acknowledged that it gave them the jolt they needed, while giving them a burst of energy.

Scott has gone as far as to climb Mount Kilimanjaro without a shirt and even shovel and play in snow wearing only boxer shorts. According to Scott, we each have the ability to resist what looks like extreme environments. He explained that we each have a “fight or flight” response that we’re triggering by things that “aren’t physically essential.”

Doing things like taking a cold shower in the morning can trigger that fight or flight response in a way that it’s meant to be triggered. The key is to “get to that place” in your body where you feel okay and recognize it’s just a cold shower. It’s important to suppress the fight or flight response and release the tension in your body. By doing so, you can rev up your metabolism by building up tissue called brown fat. Brown fat’s sole role is to take all the white fat from your body and burn it for heat energy.

Dr Oz: How A Cold Shower Revs Your Metabolism

Dr Oz further explained that when you’re exposed to freezing cold water, your fight or flight response is activated in your brain. Your heart starts pumping blood faster, especially to key organs. Over time, the immune system starts to adapt and reach a “new normal” which could be a healthier place for all of us.