Dr Oz spent an hour exploring the growing and disturbing effects of Anorexia, especially on young women. Among his guests was James, the man behind the popular Pretty Thin website.  According to James, his intention is to help Anorexia sufferers find a cure, but some of his comments may not support that goal. Is Pretty Thin a Pro-Ana Site? Dr Oz also spoke with Lynn, who shared her personal Anorexia Struggle. 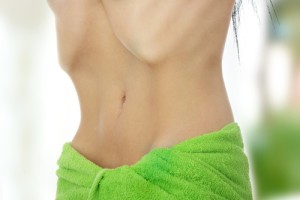 The founder of the PrettyThin Pro-Ana Website defended his online community as a support resource for Anorexics, but critics claim it promotes the disorder.

James said that visitors use his website to get dieting tips and connect with people online, because Anorexia sufferers may not have the support of friends and sometimes lose touch with loved ones as a consequence of the disease.

He believed that the community on his website helps by keeping Anorexia patients from getting extreme or out of control in their compulsive habits. Dr Oz checked out the site for himself, and found comments from members bragging about their “skin and bones” physiques, along with photo galleries boasting about their accomplishments.

Is Pretty Thin A Pro-Ana Site?

James said it’s not his place to judge the people who use his site for support and community. He said the site features resources and tips to help people avoid Anorexia behaviors. Dr Oz called one of the site’s mantras into question:

On this point, James had to concede that this might not be the most helpful thing to tell someone coping with a potentially deadly disorder. But he said that the competitive comments and destructive perpetuations of Anorexia reflect only a small subset of the site’s users.

According to James, the website is not a significant source of income, but he admitted to collecting about $3000 over 6 1/2 years from product sales on the website.

Lynn is 31 and has Anorexia. Though her weight is only 72 pounds, she still feels she is too big. She said her issues with food stretch back to her early teens, when she stopped eating because she believed she was fat.

Lynn now receives nutrition through a feeding tube, and she demonstrated how she portions out 10 ml meals for herself. She said she can’t even think about eating food, instead obsessing about the weight she may have put on from her meager meal portions.

She said she weighs herself multiple times throughout the day, and was devastated to have gained a pound since yesterday. Lynn said she is always weak and tired, and doesn’t even have the strength to brush her hair.

Lynn’s husband, Jeff, is concerned that Anorexia will kill her. The couple has been married for four years, and Lynn said she worries that she is too tired to overcome her Anorexia.