Dr Oz: Are You Suffering From ADHD?

Do you have adult ADHD? For the very first time, Dr Oz offered an at-home test to help viewers get a better idea of whether they could have the disorder.

Have you been struggling to finish your work on time or remember to do simple tasks? Is your day completely unorganized? Are you spending far more time daydreaming each day than you think you should? You could have ADHD. If so, the disorder could be the reason for your problems both at work and at home.

Dr Oz: Can Adults Have ADHD? Is ADHD Just For Kids?

ADHD isn’t just for kids. Experts estimate that as many as ten million adults have ADHD, which is 4% of the adult population. Many of the cases are undiagnosed and because their symptoms can be different than in men, some doctors believe women with ADHD are more likely to be overlooked. Could ADHD be the reason you’re moody, exhausted, and anxious?

Fortunately, an at-home test created by the World Health Organization can help you find out if you’re at risk for ADHD. 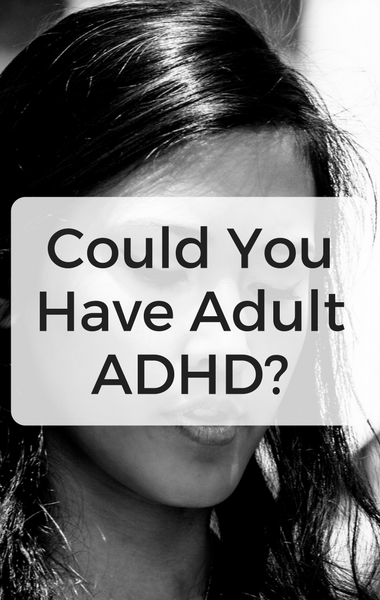 Do think adult ADHD is to blame for your moodiness, distractibility, and exhaustion? Take the quiz to find out. (micadew / Flickr)

Dr Sue Varma, a psychiatrist and mental health expert, shared that only about 20% of people who have ADHD get diagnosed and only 1/4 of those people actually get treatment. The problem is that people go through their lives feeling like they’ve been unable to reach their potential, not realizing it can be fixed.

There are three hallmark symptoms at the core of ADHD:

All three of those can cause serious concrete consequences.

Dr Oz: Could You Have ADHD? + Stroop Test & Self Test

Dr Oz showed his audience one test, that you at home can find on his website. It’s called the Stroop Test and it works by measuring the brain’s ability to switch between different complex tasks that potentially interfere with each other. For the test, you have to read the color you see, not what the word says. For example, the word says red but it’s written in green, so you want to say green. Not doing well on the test doesn’t automatically mean you have ADHD, but instead it’s one piece of the puzzle you and your doctor can look at.

Dr Oz then explained how it works. When your eye picks up the word blue, written in red, the signal goes to your brain and the brain then figures out how the text and color work together, allowing you to say “red.” Essentially, there are two tasks within the Stroop Test: read the text and name the color. In someone with ADHD, the process takes much longer.

Dr Oz then introduced Jennifer, who believes she has ADHD. She explained that she has a hard time staying focused between her son, her husband, and her business. She often feels overwhelmed, which is why Dr Oz wanted her to take the following quiz, courtesy of the World Health Organization, to see if she could truly be at risk of having ADHD.

Dr Oz: Do You Have ADHD? ASRS Test

There’s also another test you can take, made up of the following six questions. For each one, answer “never,” “rarely,” “sometimes,” “often,” or “very often.”