Could moodiness, exhaustion or anxiety be masking ADHD in you? Dr. Oz said a record number of women are being treated for ADHD, nearly 250 percent more in the last decade. And with the number of adults who researchers say have gone undiagnosed being around 13 million, it is a disorder that is worth looking into. 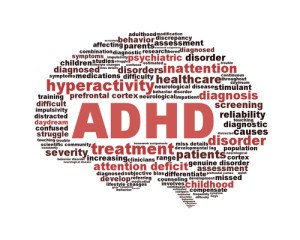 Dr Oz calls two expertson the show to talk about the difference of ADHD in men & women & what triggers the ADHD to kick in after adolescence has ended.

Dr. Sue Varma said it is often overlooked in women because they shows signs of moodiness, exhaustion and anxiety and are seen as daydreamers more often. On the other hand, males diagnosed with ADHD are often seen as the kids bouncing off the walls, unable to control their energy. She said many people don’t think they have ADHD because they just chalk it up to personality.

Dr. Ned Hollowell said women will seem like they are daydreaming. He said the symptoms are totally different in both genders. Dr. Hollowell also said it is hard to diagnose in adults, male and female, because it usually doesn’t set in until the stressors of life really hit them. When more responsibilities are put on them, the more the ADHD will start to show.

Dr. Oz showed a brain scan from a normal patient who had brain activity in the part of the brain responsible for impulsivity. But when he looked at the scan of ADHD brain, there was no activity going on in that area. This causes the rest of the brain to work even harder, making you more tired and the brain more scattered.

In a healthy brain, Dr. Oz explained, it can put together all aspects of life from work to relationships to friends to paying bills. But that is impossible for most people with ADHD. They never have a foundation to build on. For women it can also be different in the sense they can overcome the ADHD for sometime but will be tired and moody. This can go on for years until one major event in their life brings their whole life tumbling down.

Triggers for the disorder could be a new job where the responsibilities are larger. Giving birth can also cause the ADHD to become unmasked. The stresses of raising a child can leave most people scatter brained and feeling like a terrible parent.