It’s the most talked about book for adults in recent memory. This one isn’t for teens, and it doesn’t feature vampires or fights to the death. But it is sparking conversation and titillation among its mostly female readers.

The book is called 50 Shades of Grey, by EL James, and many women say that it has helped rekindle the passion in their lives. It’s racked up over 2 million downloads, and it got the attention of Dr Oz.

50 Shades of Grey is the story of a young woman’s relationship with a millionaire; its racy writing really seems to be connecting with some fans. 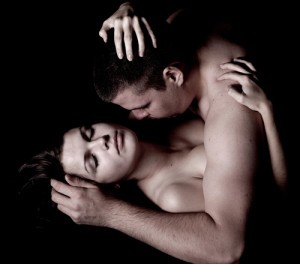 Dr Oz and his audience all read the book before the show, so they could discuss it. I’m pretty sure this is racier than any of Oprah’s Book Club picks ever were. Many of the audience responses to the book were positive, with women saying they loved it or that it has sparked them, to the delight of husbands and boyfriends.

A woman named Adrianne said it’s encouraged her to initiate, which never used to happen in the past. Jennifer said she got wrapped up in the book’s steamy scenes, but also found herself hooked on the romantic love story that unfolded. She believes the book speaks to all women on some level.

Dr Oz also invited expert guests to give professional opinions on this new pop culture phenomenon. Gynecologist Dr. Eveleyn Minaya said that this book stimulates the brain in the same way that lubricant or gadgets do, firing up a woman.

Psychiatrist Dr. Alicia Salazar compared it to a lightbulb going off for women when they read the books. She said this book can be an introduction into how to have a healthier life, even if you are a busy mom juggling family or work responsibilities.

Therapist Dr Laura Berman believes that submission and domination fantasies are more common for women than most people realize. These fantasies stimulate the imagination and allow women to have power while still feeling safe and respected.

Christina was in the audience, and she disliked the book because she felt it was very similar to a domestic violence relationship.

The book deals with low self esteem, and the millionaire character separates the woman from her friends. Christina feels some of the scenes could even be construed as violence.

But Dr. Minaya disagreed, saying that the female character goes through a process of realizing her power and claiming it for herself.

Deborah said that 10 years of marriage and her busy life as a mom of two had really taken a toll on her. But this book has awoken her desires once again.

Another woman said she and her husband listened to the audiobook together and acted out some of the scenes. She said her husband was a lot happier.

Fans of the book say it’s an important story of female empowerment. But some critics are dismissing it. Another woman in the audience reported that reading the book helped her understand her own desires. She even had her husband read the first book.

Dr Minaya felt that the book’s relationship was a two way street. She also said the book is likely to encourage fantasies, which are good because an active life is a great way to stay happy and healthy.

Dr Berman said that the book is great for stimulating the imagination, and it can be an effective way to stimulate a conversation about the life of your relationship.

If you’ve read the book, how do you feel about all the attention it’s getting? Want to see what all the fuss is about? Shop for 50 Shades Of Grey By EL James.