On March 22 2013, President Obama wrapped up his trip to Isreal and is now heading towards Amman. During the trip to Isreal, Obama wanted to accomplish a timeline to understand the nuclear threat of Iran and also show that the U.S. will stand with Isreal should it go to war with Iran. He wanted to compensate for doubts he raised in a 2009 speech. He made sure the people knew that he understands the Jewish heritage and importance to the region. 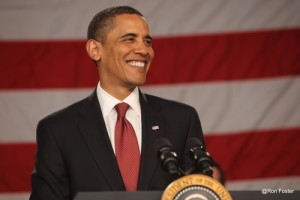 Amman brings on new challenges for the President. He wants to help stabilize their government. Amman is the second most important ally to the U.S. in the Middle East.

Amman currently has refugees from the Syrian civil war pouring into the country. There are hundreds of thousands in refugee camps and 1,500 arrive everyday. They fear the money will run out in a week to keep these camps functioning. They are pleading with Washington for help.

In Quantico, Virginia, two active duty Marines were murdered on Quantico Marine Base. A male and female marine were found shot to death and a third man was found dead. It is believed that this third man is the killer. No names have been released but it’s clear that this was a double murder and suicide.

John Lennon’s widow Yoko Ono is using twitter to speak out against gun violence. She posted this tweet, “Over 1,057,000 people have been killed by guns in the USA since John Lennon was shot and killed on 8 Dec 1980.” Yoko Ono also posted a picture of her late husband’s blood stained glasses.

A new report shows that it wasn’t Beyoncé that caused the Super Bowl blackout. It blames a faulty electric relay device and lack of communication. Half of the lights in the stadium went out, causing a half hour delay of game.

A U.S. Airways passenger was arrested on Thursday for impersonating a pilot. Police said that Philippe Jernnard walked onto the aircraft dressed like a pilot and walked into the cockpit. He was arrested when he couldn’t provide proper identification. Jernnard faces federal charges.