American journalist James Foley and others who have been beheaded by the terrorist organization ISIS have been the subject of much discussion, resulting in a CBS Sunday Morning Opinion from Ben Stein. 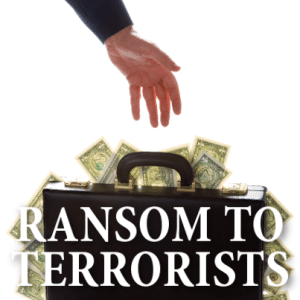 Ben Stein shared an opinion on CBS Sunday Morning suggesting that the policy of not paying ransom to terrorists results in brutal, avoidable deaths. (eelnosiva / Shutterstock.com)

Ben Stein suggested that nothing could be worse than finding yourself alone in the desert, kneeling in the sand, being forced to speak against your country, and then having “a psychotic killer slowly cut your head off with a small knife.”

Foley and fellow American Steve Sotloff have both suffered this fate in 2014. The men were both journalists, and the Islamic State has also targeted two British men in these acts of atrocity. Stein cited news reports that part of the motivation was that the U.S. and British governments refused to pay ransom for the men.

Stein said that it may be easy to stand by this type of policy if you are a government official. But he wondered why governments enforce this policy of not paying ransom to terrorists. France and Germany are examples of countries who do pay ransom.

Meanwhile, the U.S. participated in a prisoner exchange in 2014, giving up Taliban prisoners from Guantanamo Bay in exchange for the release of U.S. soldier Bowe Bergdahl. Stein also noted that oil companies supposedly pay bribes to ensure their pipelines remain up and running.

During the Iraq War, the government bribed local sheiks. Stein insisted that not paying bribes would not take down ISIS. Instead, it is costing the lives of journalists, who die brutal deaths that could have been avoided. “These men don’t deserve to die this way,” Stein said. “Let’s show some mercy to our own people.”

Sunday Morning spent some time in the autumn leaves of New Hampshire in a moment of nature to conclude the week’s broadcast. Are the leaves changing or falling where you live?