The Ebola Virus is a hot topic, so Sunday Morning turned to medical expert Dr. Jon LaPook for some words of wisdom. His advice was not to panic.

Ebola is spread by direct contact with body fluids, unlike influenza, which is spread through the air. Ebola patients are not infectious until they show symptoms. Public health measures have historically worked in previous instances. 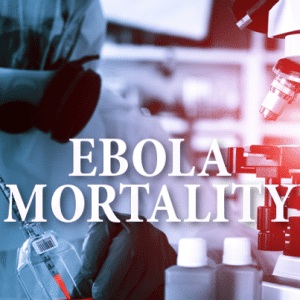 Though the mortality rate is about 70% in West Africa, it has never truly come up against modern medicine. No drug has yet proven to be effective, but measures to treat dehydration should make a difference.

As of October 19, there has been one death among the eight patients treated for Ebola in the United States. Individual cases should not lead to large-scale outbreaks, but treatment protocols are available.

Dr. LaPook said that we have learned not every hospital is prepared to handle the virus. Instead, it’s likely that patients will continue to be transferred to facilities with specialized training, to prevent the type of complications that occurred in a Dallas hospital, where nurses became infected.

Hospitals are now practicing what to do. Though mistakes can never be fully eliminated in healthcare, Dr. LaPook said on Sunday Morning that the virus can be brought under control in America. But he added that the best method for prevention is helping to wipe out the disease in West Africa.

On October 19, 1862, Auguste Lumiere was born in France. He and brother Louis improved on Thomas Edison’s projector invention, so that more than one person at a time could watch a movie.

By 1895, they did an exhibition of short films. Two years later, they showed film of a train pulling into a station. Then there was the dancing skeleton and some other film projects. By 1910, Auguste left the movies and went into medical research, living until 1954. He is remembered on the Hollywood Walk of Fame.