Sometimes you get exactly what you need, when you need it, as Steve Hartman explained for CBS Sunday Morning. Tricia Somers believes that she saw an angel at exactly the right moment. Keep reading for a commentary on video games in our digital world.

She was diagnosed with a rare form of cancer and admitted to Pinnacle Health Hospital in Harrisburg, Pennsylvania. While she was recovering, she met a comforting nurse.

That nurse, Tricia Seaman, has had her job for 14 years. Though she gets plenty of positive feedback, nothing was quite so special as what she heard back from Somers.

Somers and her eight-year-old son got the news that her cancer is terminal. Seaman gave her a hug and Somers was delighted to see her. She had an important request: she hoped that Seaman would raise her son for her if she passed away.

Somers admitted that Seaman was a stranger, but she had a gut feeling that this may be a good option. The nurse consulted with her family before agreeing to take in Wesley, as well as his mother.

The Somers family and the Seaman family now have an unusual bond. Husband Dan and the four Seaman children have welcomed their new family members. It takes special qualities to step up and take on such responsibility, but as Seaman said, as a nurse and a person, “that’s what we’re supposed to do: more than we’re asked.” 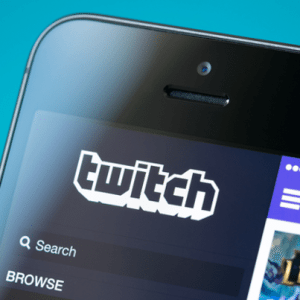 Burbank admitted he has always been bad at video games, back to the days of Super Mario Bros. His friends always outplayed him, which meant he spent a lot of time watching. That is how he knows it is boring.

So why would Amazon want to buy Twitch, which allows people to do just that: watch others play? Video games are becoming a growing spectator sport, selling out arenas like LA’s Staples Center.

If video games are such a time-waster, what do you call it when you are passively watching someone else play? Burbank speculated that next we may be watching others’ social media feeds or online viewing habits.

“The amazing thing about this digital age is that it allows us to observe all kinds of things all around the world that we otherwise wouldn’t be able to see,” Burbank said. But virtual reality is not reality. He called for us to engage all our senses, in 3D, getting away from our screens and putting down our controllers.

“The real world is a game you spend your entire life trying to master, and probably never will,” he said. But Burbank thinks it is also the greatest game of all…at least with the current available technology.