Sunday Morning correspondent Steve Hartman found another heartstring-tugging human interest story, this one An Affair of the Heart. He visited Rochester, New York’s Strong Memorial Hospital, where heart transplant patients taught a lesson in healing that may just be contagious. 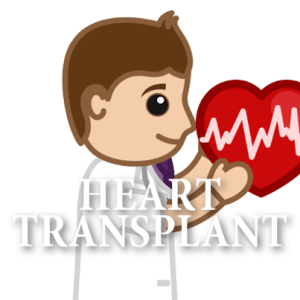 Following their separate heart transplants, 68-year-olds Esther and Danny both had complications and Depression, slowing their recovery and causing concern among doctors and nurses who worked with them. However, they simultaneously began to improve, to the surprise of their medical teams. What was it that helped to turn their fortunes around?

The two kept running into one another at follow-up appointments, and despite initial resistance, they began dating. Their doctor said it’s difficult to qualify or quantify with science, but love and support can be a meaningful part of the healing process.

The pair now lives together on a street called Carefree Lane (can you believe this is a street name?). The two have found a surprising new chapter later in life. It must be a serious adjustment for Danny, a lifelong bachelor. Esther has been married before, but was not looking for another spouse.

It would be cool if Steve Hartman checked back in on them once they have been living together for awhile. From the look of things, these two are embarking on their happy new chapter, hand in hand.

Charles Osgood reflected on a Sunday Passage. The Manhattan Transfer founder Tim Hauser passed away on October 16, 2014, at the age of 72. The creator of the Grammy-winning group died of cardiac arrest. In 2010, he said that he knew at the time that “Operator” would be a big hit.

During the height of their success, the group even had a CBS variety show. The music lives on, and a representative for the band said it will continue to perform.