Sunday Morning looked back 25 years to October 5, 1989, the Nobel committee awarded its prestigious Peace Prize to the 14th Dalai Lama, a spiritual and political leader in Tibet. Born in 1935, he was declared as a young boy to be a reincarnation of the previous Dalai Lama.

His duties were interrupted in 1959, when Chinese troops forced him into exile in India. Through the years, he has championed Tibet and “advocated peaceful solutions based upon tolerance and mutual respect,” the Nobel committee said 25 years ago.

Since accepting the prize, he has remained steadfast in his values. Tibet held a commemorative ceremony in honor of the 25th anniversary of his Nobel honor. He gave up his political role in 2011, and at age 79, he has questioned whether anyone should succeed him. 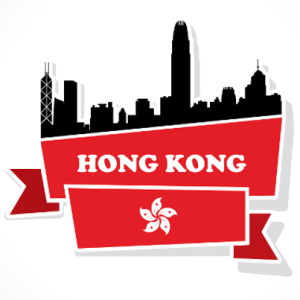 Tensions are high in Hong Kong, and Seth Doane checked in on their struggle against the Beijing government. More than a week of protests and confrontations has inflamed the area. Teacher Joan Holdefer spoke out for her students’ freedom and “for the future of Hong Kong.”

Protestors faced tear gas and stood strong in the so-called Umbrella Revolution. Who can be on the ballot in 2017, when Hong Kong elects its chief executive? China wants candidates to be vetted by the Communist government.

Michael Davis, an American, has been a law professor in Hong Kong for about 30 years. He said that the current government is dysfunctional, and Hong Kong was a British colony until 1997.

The current demonstrations bring to mind violent clashes in Tiananmen Square in 1989. But the Chinese government does not want to see a leader in Hong Kong who is sympathetic to the West.

The People’s Daily Newspaper, which Doane called a Communist mouthpiece, has published editorials referring to the protestors’ goals as a daydream, resulting in potential chaos in the streets.

So far, the protesters are policing themselves, offering free food and services such as haircuts to one another. 27-year-old Barry Hoi said that everyone has the same goal, and hopes remain high. World attention does seem like a marker of success, at least thus far.

A CBS News poll asked: How often do juries get it right? Here are the results.

In Sweden, a medical first has been achieved. Doctors at the University of Goteborgs said in October 2014 that a 36-year-old woman gave birth to a son after a transplanted womb procedure from a donor. The uterus is placed over ice before being flushed with preservatives and implanted in a hopeful mom-to-be.

A 61-year-old family friend donated her uterus for this research. A year after the transplant, doctors placed a fertilized embryo into the transplanted womb. The parents did not want to be identified, but they named the baby Vincent, meaning “to conquer.”

Two other such pregnancies are at least 25 weeks along, so this could be a new medical trend if future deliveries prove to be successful.

This weekend’s Moment of Nature highlighted the best creatures in the ocean, California Sea Lions, who make their home in Pebble Beach.