CBS Sunday Morning: In the Middle

Middle-income senior citizens who find themselves needing home care can wind up putting relatives in the middle as well. Rita Braver reported about growing healthcare costs later in life for Sunday Morning, and how places like Beacon Hill Village are innovating to respond.

Kathy Warren takes care of her 92-year-old stepfather, who lives in the house next door in Hayward, California. She has put her own life on hold, missing visits with her son and granddaughter, becoming basically a full-time caretaker since her mother’s passing, which was four years ago. She is 66 years old and has already survived breast cancer. 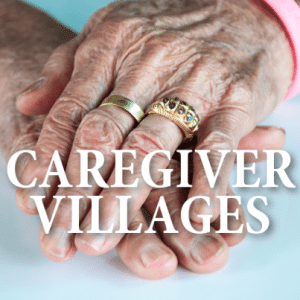 She has not been able to find government help for her aging father and his growing medical needs. She never expected to be in this position, but she said that she is no longer surprised. Her father’s income is too high to qualify for Medicare, but too low to pay for the costs of long-term care. “I don’t look at that as a sacrifice,” she said.

The Family Caregiver Alliance said that 45 million Americans are in the same boat as Kathy, caring for an elderly family member. Some have to sell cars, property, and furniture to help pay for parents’ care, according to former Democractic Senate majority leader Tom Daschle, who thinks is long-term care situation could grow into a “national crisis.”

A bipartisan group of former public officials have put together a task force to bring awareness to these problems. “70% of people over the age of 65 will need care of some kind…before the end of their life,” Daschle said. Though insurance policies can help to cover some of these costs, those policies can be cost-prohibitive, with only about 7% of patients in need taking advantage of this option.

Cartoonist Roz Chast illustrated her memoir, Can’t We Talk About Something More Pleasant, a National Book Award finalist that chronicles her parents’ decline in their later years. Chast said she did not want to be her parents’ caretaker, and they did not want to rely on her either.

The Chasts finally moved into the home, and the financial concerns overwhelmed the entire family. But in Boston and other places, some seniors are teaming up through The Village Movement, which began in 2001. Beacon Hill Village exists to “create a way to stay in our own homes that’s responsible, that is safe, that will not be dependent on our children,” said founder Susan McWinnie Morris, with a focus on making help available when needed.

The group consists of 340 members, at a dues cost of $1,000 per couple annually. Charitable contributions help make it affordable for low-income members. There are activities and outings for the adults in the group. One resident, 90-year-old Dorothy, said she loves the independence to do her own thing, while giving her companionship.

Beacon Hill Village organizes trips to the doctor or grocery store. Volunteers help to coordinate programs and meet needs, such as a regular exercise group. One man said that he appreciates knowing his wife would be taken care of if he were to pass away.

This is the type of program that is needed nationwide, according to many who responded to a New York Times profile of the group, which generated 1,000 calls to the organization in two weeks. There are now 140 villages across the country, with more on the way.

Daschle believes that grassroots solutions like this will be the best answer, since stagnant government has been slow to respond to people’s needs. But that won’t help Kathy Warren, who said she has no idea what might happen to her father if she were unable to care for him. I’m glad there is a happy note to this story, but I think it’s clear that with an aging Baby Boomer population, we have not heard the last about the stretched resources in elder care.