Walter Isaacson has made a publishing career of introducing readers to Dreamers and Doers who have changed the world. For Sunday Morning, Rita Braver visited the author to talk about his latest book, The Innovators: How a Group of Hackers, Geniuses and Geeks Created the Digital Revolution.

Braver visited the TechCrunch Disrupt conference in San Francisco, where she met with Isaccson to find out what he is looking for. One thing he is looking for is creators’ ability to adapt and change when their original vision does not go according to plan.

Isaacson’s Steve Jobs biography was a top seller in 2011, and he has followed that up with The Innovators, which has already been nominated for a National Book Award for the story of what created the computer and Internet revolution. “I wanted to give real, concrete storytelling meaning to ‘what does it mean to be an innvoator?'” 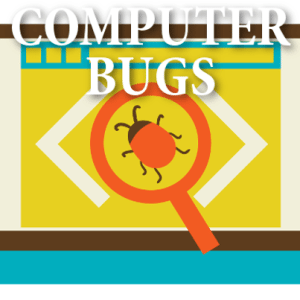 Rita Braver talked with author Walter Isaacson about The Innovators, his book on the history and evolution of the personal computer, for CBS Sunday Morning. (Sabelskaya / Shutterstock.com)

One such subject is Ev Williams, a man who helped created the online services Blogger and Twitter. Williams has a net worth of an estimated $3 billion, but he never knew that either of those successes would work out. “It’s really a process of discovery, I think,” he said. “You’re exploring and you’re going by your gut.”

Issacson said that these innovators take the existing building blocks to “do something creative and imaginative.” One unlikely pioneer is Ana, Countess of Lovelace, who lived for just 36 years in the 19th century. What did she have to do with the tech revolution?

Her father was the poet Lord Byron. She was a mathematician, who saw a future in punch cards that were created to program automatic looms. She thought similar devices could have broad applications, from math to music and art. But she was ahead of her time by almost a century.

Sunday Morning: Who Invented the Computer?

The first modern computers came to being during World War II, where they were used for defense. Isaacson said it’s up for debate as to who actually invented the computer as we know it, but visitors to the Computer History Museum in Mountain View, California, can see some of the front-runners.

John Vincent Atanasoff’s computer from Iowa State University in the early 1940s barely worked, and Isaacson would give credit to the ENIAC, from the University of Pennsylvania in 1945. This became a legal dispute because Atanasoff later claimed the ENIAC copied some of his work.

Ultimately, no one got the patent. In 1952, CBS introduced the Univac computer, which correctly predicted the presidential election results. However, anchor Walter Cronkite did not trust the results.

You have probably heard the phrase ‘computer bug,’ and Isaacson told Sunday Morning where that comes from. Grace Hopper and others did programming for Mark I, an early Harvard computer, and when it wasn’t working well, they opened it up to find a moth inside a switch. Now we have the phrase debugging.

Isaacson and his wife live in the Georgetown area of our nation’s capital. He is a former Time managing editor and has been CEO of the Aspen Institute since 2003. He is also a bestselling author of numerous books.

How do computer innovators stack up against his previous subjects, like Albert Einstein and Benjamin Franklin? Isaacson suggested that a modern-day Franklin would innovate and invent, perhaps on websites and apps.

Isaacson noted that biographers tend to distort history by focusing on a single subject. In the case of The Innovators, he put the spotlight on “collaboration and teamwork.”

ALTAIR was the first personal computer, which graced the cover of Popular Electronics. That led to further innovation from people like Microsoft’s Paul Allen and Bill Gates, or Apple’s Steve Wozniak and Steve Jobs, who brought the personal computer home to so many. And there is no telling what might be next.

“Vision without execution is just hallucination,” Isaacson said. “It’s when you combine the imagination of humans with the processing power of machines. That’s where the real innovation comes.”