In the Sunday Morning Almanac segment of CBS Sunday Morning, they took a look at the discovery of penicillin. On September 28, 1928, 86 years ago today, medicine was changed completely after a Scottish scientist named Alexander Fleming came back from a summer vacation to find something strange in his petri dish. It was a mold that had floated through the air from another lab and stopped the growth of the bacteria culture Fleming had been growing.

Fleming didn’t have the resources to advance his discovery, but other researchers did. By the 1940s, they had created an antibiotic from the same type of mold, called penicillin. Penicillin saved countless lives during World War II, not to mention millions of lives throughout the world since, and earned Fleming a knighthood in 1944 and a Nobel prize in 1945. 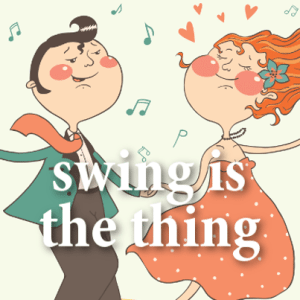 CBS Sunday Morning talked to Norma Miller, the Queen of Swing, who at 94 still travels the world dancing swing. Plus, is swing dancing making a reemergence? (Mlle Carotte / Shutterstock.com)

Every year, in places across the country, bands strike up swing dance tunes, uniting people in dance from a bygone era. Norma Miller, often called the Queen of Swing, is one of the original swing dancers, and Michelle Miller talked to her about swing.

“It’s the greatest social dance in the world, because everybody around the world can swing,” Norma Miller said.

At age 94, she still travels the world swing dancing. She was the distinguished guest at New York’s annual dance festival, Midsummer Night Swing. This year, there were also swing festivals in San Francisco, Grand Rapids, and Chicago. Norma Miller said that there’s a lot of different styles of swing, from West Coast Swing, to Carolina Shag, and the Balboa Shag, which they do in California.

Norma Miller grew up in Harlem during the 1920s and ’30s, Norma was there at the very beginning. She said everyone came to where she was. She saw Duke Ellington and Ella Fitzgerald right when she first started. Norma said that jazz changed America and so did the dance that came with it. She said back then, you could go out and go to the shows for 50 or 75 cents. The ladies got in free.

Norma began performing professionally as a teenager. Her specialty was the Lindy Hop, which was named after Charles Lindbergh’s famous 1927 flight where he hopped across the Atlantic. The dance features high energy and aerials. It was created by Frankie Manning, who Michelle Miller called “swing royalty”.

Michelle Miller talked to Cynthia Millman, co-author of Frankie Manning’s autobiography. “These were the greatest dancers of this type of dance in the world and in fact, they traveled the world showing it and they were in films,” Cynthia Millman said.

“You see people come off the dance floor and they’re smiling or they’re laughing. There’s not too many things that do that like swing does. And I’m so proud of that,” Norma Miller said.