In September 2014, the MacArthur Foundation announced its fellows and bestowed its Genius awards for a variety of human accomplishments. CBS Sunday Morning profiled one of this year’s 21 recipients. Steve Coleman‘s genius is in the musical theory of M-Base. 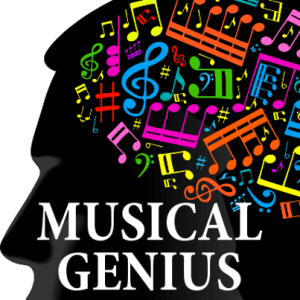 Composer and musician Steve Coleman, a force behind the musical theory of M-Base, shared his thoughts on being a MacArthur Genius with Sunday Morning. (VLADGRIN / Shutterstock.com)

“Do I feel like a genius? No,” Steve Coleman said. He thought it was a joke, but the grant of $625,000 is very real. He is a saxophonist, composer, and bandleader who grew up in Chicago.

Coleman picked up violin at age 14, followed by saxophone. He grew up listening to Charlie Parker, Billie Holiday, and others. Then he would hear and perform the same music in clubs.

After college, he hitchhiked to New York and stayed at the YMCA, playing on the street to support himself before making it in music. Before long, he became a part of the Thad Jones Mel Lewis Orchestra, embarking on a 10-week European tour.

Coleman began to discover the transformative power of music, and he wanted to pass that feeling along and open audiences up. He has studied philosophies, civilizations, and “the history of all music.”

When composing, he starts with an image and tries to translate that into sound. Coleman said that he thinks of improvising as having a conversation, and considers the heart-brain connection when it comes to rhythm.

“Not everyone will get our music, but upon repeated listening, I guarantee you there’s something there,” Coleman said. He plans to bring his music to many different communities.