60 Minutes: Cleaning Up The VA

With Veterans Day looming on November 11, Secretary of Veterans Affairs Robert McDonald is poised to announce a large-scale reorganization, the biggest in the VA’s history, which comes in the wake of scandalous revelations regarding the agency’s inner workings. Countless veterans were waiting months for medical care while managers covered up those delays. Scott Pelley met with 61-year-old McDonald, who has taken over for the previous secretary, who was ousted.

McDonald, a former Procter & Gamble CEO with no experience in the worlds of government or medicine, will presumably lean heavily into his managerial skills to make the changes he wants to execute. He estimates that as many as 1,000 employees may need to be fired for violating the VA’s values of “integrity,…advocacy,…respect,…[and] excellence.” 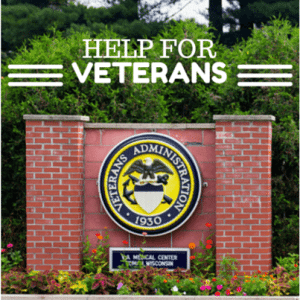 60 Minutes spoke with Secretary of Veterans Affairs Bob McDonald about his efforts to solve the systemic problems that led to a healthcare scandal. (Ken Wolter / Shutterstock.com)

However, terminating a government employee is much more elaborate than McDonald’s personnel decisions in the corporate world. Since in each situation a case for firing must be presented to an administrative judge, many employees were put on administrative leave to prevent them from doing further harm to the veterans they are supposed to serve.

As of this November 2014 interview, McDonald had been in the job for four months, and presumably he has learned a lot while inspecting 41 facilities. In terms of size, the VA is the federal government’s second largest agency, after the Department of Defense. It boasts 340,000 employees who tackle diverse tasks such as mortgages, education, and of course health.

With nine million patients, the VA is also America’s biggest healthcare system. In April 2014, a Phoenix doctor blew the whistle on phony waiting lists for patients. Instead of waiting 14 days for an appointment, some were waiting over a year for care, and at least six deaths may have happened as a direct result.

Dr Katherine Mitchell was co-director of the ER at the Phoenix VA, a hospital that found itself overwhelmed. She told 60 Minutes that these wait times were an open secret among employees. Once she reported what she knew, she was reassigned. She spoke out against the working conditions, which she said were endangering combat veterans since the hospital “didn’t have adequate staffing or training.”

Nationwide, the bogus waiting lists were discovered at 92 other VA facilities beyond that Phoenix hospital. Secretary McDonald said he was “incensed” at learning the depth of the scandal. He said it’s one reason he has made sure to travel and get to know the people working in these hospitals, to avoid another situation where regional employees were misleading headquarters.

“People get rewarded for bringing adverse information forward,” McDonald said. One veteran handed him a note saying that she drove 1,200 miles from Alabama to Boston so that she could get the VA care she earned. Meanwhile, in Pittsburgh, six patients died from Legionnaires Disease, because the hospital knew about its contaminated water system and did nothing.

One Vietnam veteran was hospitalized for eight years due to a psychiatric disorder, but he never saw a psychiatrist during that time. Though the challenges are great, McDonald seems to be ready to greet them. He graduated from the US Military Academy in 1975, did five years as a paratrooper, and has taken advantage of VA benefits to buy a house and get a Master’s degree.

McDonald spent 33 years at Procter & Gamble, but he said he always had a connection to West Point. His second in command at the VA now is former classmate Sloan Gibson, formerly of the USO. Gibson met with employees in Phoenix, where he said he saw “leadership failure, mismanagement, and chronic underinvestment in the system.”

Bonuses have been suspended for VA executives, and one hospital director has been fired. McDonald is rolling out a new system designed to make it easier for veterans to navigate the benefits that are available to them. In addition, McDonald has increased salaries for doctors to make open positions more attractive and bring down wait times.

The VA still needs to hire about 28,000 doctors and nurses, and part of McDonald’s strategy is to do some of that recruiting himself. McDonald is also looking for 2,500 mental health professionals to add to the ranks. That’s in part because 400,000 veterans, including many from Iraq and Afghanistan, have applied for mental health assistance since 2006.

Pelley noted that as 60 Minutes cameras followed McDonald, veterans they encountered were quick to praise the care they were receiving, so that is a positive sign. In a nod to his corporate background, McDonald considers the veterans to be customers, and it sounds like the goal is to improve their experience.

McDonald promised that by 2015 there will be a single VA website, instead of 12 individual sites…it’s just too much to have to keep track of. He also insists that wait times will drop to within 30 days, so that people are not waiting endlessly for their benefits.

Do you think that Bob McDonald and his staff will be able to chart a successful new course for the VA?