After nearly 50 years and 18 months of secret talks, the United States has normalized relations with Cuba. President Barack Obama surprised the world on December 17, 2014, reestablishing relations with Cuba in a deal guaranteed by the Vatican. Scott Pelley noted on 60 Minutes that this happened because of “accidents of history.” President Obama is in his second term, so he doesn’t have to worry about losing Florida in an election. For the first time ever, the Pope is Latin American. And Raul Castro, Fidel Castro’s brother and current leader of Cuba, seems more inclined to “evolution than revolution.” 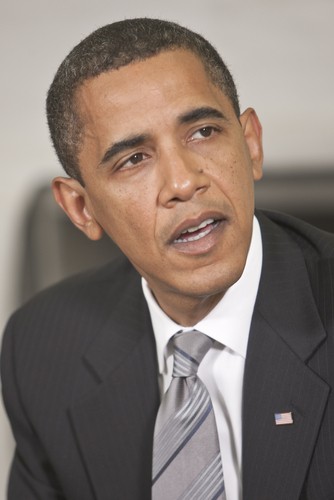 President Barack Obama surprised the world this week when he announced the normalizing of relations with Cuba. What does this actually mean for the future of Cuba and its people? (K2 images / Shutterstock.com)

When Scott Pelley went to Cuba, he found what he called “a city of antiques.” People still drove old model Chevys and Fords down the street. People in Cuba greeted the news of normalized relations in mixed ways.

At Havana’s University of the Arts, a music class was interrupted so students could be told about the new deal. The news was greeted with enthusiastic applause from the students. Orbert Davis and Mark Ingram were two American teachers from Chicago who were working with students that day.

Orbert Davis said, “It was just a joyous occasion of experiencing change and something they’d been hoping for a very long time.”

Cultural exchange programs have been permitted for years. The Chicago musicians were there on one of these programs. Some young Cuban musicians talked to 60 Minutes. They said they thought this change would result in more freedom in their country and that they might get access to better instruments and the Internet.

Cuba is a very interesting nation on the precipice of history. Government signs include the slogan “Socialism or Death,” which Scott Pelley noted “could be read more as a warning than a call to patriotism.” He pointed out 1950s cars along the road.

In Cuba, housing, medical care, and education are all free. But Cuba has no boats in its harbor due to laws restricting ownership of boats, because many Cubans might sail away from the island.

Every neighborhood is organized under its own Committee for the Defense of the Revolution, or CDR. Every Cuban is required to go to CDR neighborhood meetings and a lot of them hate that.

Because the government runs almost everything, 80 percent of the population are government employees. Everyone is paid more or less the same, whether you’re a street sweeper or an accountant. They make anywhere from $20 to $50 a month. Every Cuban gets a food rationing book, which covers groceries like rice and meat and eggs. The food purchased by ration books is basically free, but it’s supposed to last a month. It usually lasts about 10 days.

Scott Pelley talked to Hector Maseda Gutierrez, who went to prison for criticizing rations, pay, and medical care. Still, he was more than willing to do it again with 60 Minutes, despite the consequences he might face. “I have always been and will always be faithful to the truth, even if it harms me,” he said.

He said people in Cuba are suffering every day and that the government doesn’t care about its own people. It only cares about its own interests. Maseda Gutierrez is a nuclear engineer by training, but he started an opposition news service. He was jailed in 2003 for this crime during a roundup of 75 dissidents of the state.

His wife led a protest movement called the Ladies in White. Maseda Gutierrez was finally released in 2011 and reunited with his wife. But eight months later, his wife died from a sudden illness. Maseda Gutierrez will not forgive missing her last years.

Hector Maseda Gutierrez said he was excited about this move by the U.S. government. He said he applauded it and supported it. He said it was a substantial leap forward. He believed greater connection to America would led to reform in the nation. But he said he was against lifting the embargo. He believed the embargo pressures the Cuban government to really make differences for their people.

“I have great hopes for Cuba, as I have never had before,” he said.

When the U.S. embassy in Cuba closed, one of the diplomats there was Wayne Smith. He said the Cubans sent a battalion of female militia to protect them that day.

“We didn’t need any protection, except for dozens and dozens of people trying to get visas before we left,” he said.

Months later, there was the failed Bay of Pigs invasion. Later, President John F. Kennedy signed the trade embargo. Before doing so, he ordered 1,200 Cuban cigars.

Wayne Smith said we haven’t gained anything with the trade embargo with Cuba and refusing to communicate with them. “Why keep repeating the same mistake year after year when it isn’t achieving anything?” he wondered.

Wayne Smith thinks that the embargo against Cuba should end, too. But it won’t until or unless Congress ends it. The U.S. Treasury will continue to enforce the rules until that time.

Orbert Davis and Mark Ingram wanted to bring some things to the students of Cuba when they came, but their request was denied. The 60-piece orchestra only had 12 music stands. They also lacked reeds. The saxophone player in the band is still playing a reed from 1970.  If they wanted to, they could bring these things to use themselves, but they couldn’t give them to the students. There’s not even a copy machine at the university, so they can’t copy their sheet music. Only 5 percent of Cubans are connected to the internet, which is the lowest percentage on Earth, so Orbert and Mark can’t email the sheet music, either.

60 Minutes: Is Cuba Opening Up Again?

In the new agreement between the U.S. and Cuba, there’s an exception to the embargo, and it’s a big one: U.S. internet technology. Jeff DeLaurentis is a top diplomat between the U.S. and Cuba. He described this exception as a “game-changer.” He works in the same building that America abandoned as an embassy in 1961. Next year, it may fly the U.S. flag again as an official embassy. But U.S. diplomats have been there since the ’70s, working to open Cuba.

In 2008, Castro allowed cell phones. After that, the U.S. gave away tens of thousands of cell phones for free to the Cuban people. Raul Castro, who took over leadership of the nation from his brother, has allowed some real estate and small business ownership. Last year, he lifted a lot of the ban on travel.

DeLaurentis said that 500 Cubans come by his building looking for visas to the United States. This is remarkable, as Pelley noted, because an entire generation of Cubans were taught their suffering was imposed by America and its embargo. But the ties between the U.S. and Cuba are deeper than relations. Cubans pirate American TV, love jazz and baseball, and 2 million of their family members live in America.

Scott Pelley noted that he saw somebody hanging a Cuban flag and a U.S. flag from a balcony. He imagined that before President Obama’s announcement, the man would have been arrested for that. DeLaurentis said he might have been right.