Can you believe it has only been three years since the earthquake, tsunami, and nuclear disaster in Japan? That magnitude nine quake occurred in March 2011, but according to Bob Simon, the scenes there now make it seem like disaster struck yesterday.

That is primarily due to the accident that occurred at the nuclear power facility there, leaving behind a radioactive wasteland. Former residents may never be able to go home, if they even wanted to. The event, the strongest earthquake in Japan’s history, is referred to by many survivors as 3/11.

The majority of the 18,000 who were killed that day died in the flood when a tsunami was triggered in the aftermath of the earthquake. At the Fukushima Daiichi nuclear power plant, the earthquake did not cause too much damage. But the tsunami did disable the emergency cooling system, triggering a meltdown, followed by hydrogen explosions. 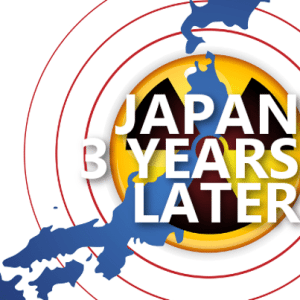 Three years after a nuclear accident at Japan’s Fukushima power station, what could be decades of cleanup continues as residents struggle to move forward.

These explosions spread radiation in a 25-mile radius. In Tomioka, a nearby town, radiation levels are believed to be safe enough that people can be in the area during the day. However, loudspeakers alert people that they should leave by 3 p.m.

When 60 Minutes visited the town, it was deserted, a clock showing 2:46 p.m., and wreckage still around. A stack of newspapers was dated March 12, 2011, the day after the tsunami. That’s the day that the government urged residents to evacuate, and evidence shows that they left in a hurry.

The population in Okuma is now zero, because 11,000 residents left, not to return anytime soon, after the events. Norio Kimura, who lived with his wife and two daughters next door to his parents, told Bob Simon that he would like to one day return to the town where he lived.

Kimura lost his father, his wife, and a daughter in the tsunami. Their homes were reduced to rubble, and only a small box of personal effects remains of what were once vibrant lives. Due to the radiation exposure, Kimura can only visit his former home 10 times each year, with visits limited to five hours at a time.

He took a visit in February 2014, during what happened to be a blizzard. He has a tradition of laying flowers at a small shrine in honor of his family. Of the 110 from the town who perished that day, the only body not recovered was that of Norio Kimura’s daughter, Yuna.

However, he holds out hope that he may one day find his daughter’s body. “If I stop searching or gathering her things, I will lose the connection with her,” he said. “The reason why I can live my life every day is because I have to find her and her things. I need to do this to keep my sanity.” Sometimes he has help from volunteers, all of whom wear protective clothing.

On the day of the tsunami, Kimura was working on a farm, and he stayed there based on his boss’s warning about the weather. The tsunami was projected to be three meters high, well below the height of the Kimura home, so he did not go home and said he did not worry about what might happen.

He now wishes that he had gone home immediately to be with his family and attempt to get them out of harm’s way. Now, he and his daughter live in the Japanese Alps, with brisk air and plenty of snow. Kimura plans to open a guest house, and his surviving daughter speaks of her mother often, but rarely her sister.

Almost 200 miles away from their new home is the Fukushima plant, surrounded by ghost towns. But 60 Minutes explained that over 4,000 workers are still layered in protection to work at the nuclear power station. Some can only work two and a half hour shifts cleaning up, three years after the accident.

Former newspaper editor Yoichi Funabashi led an investigation after the nuclear accident, the only independent report contrasting the government’s official account. According to Funabashi’s reports, the public may not have been getting the whole story.

The public was dismayed by his report, which found that the government conspired with the power industry to downplay the safety concerns about nuclear power. The government even seemed to avoid preparing for a possible accident, in fear that it would necessarily cause alarm.

In 2013, Tepco hired Lake Barrett, an American nuclear engineer, whose resume included cleaning up Three Mile Island’s 1979 nuclear accident. There could still be 30 or 40 years of cleanup ahead at the Tepco site. “It’s a huge challenge. It’s a big on-site mess that they have to clean up,” he said, noting that the much simpler Three Mile Island incident took a decade to resolve.

Barrett said that there are cultural and political hurdles in Japan, where decision making requires consensus, a process that can take time. There are still reactors that must be dismantled, but radiation is still too high. Contaminated groundwater is leaking into the plant and 100,000 gallons must be pumped out daily to prevent it from leaking into the ocean.

The cleanup effort can barely build enough barrels to store the bad water, and these containers are prone to leaking. Then there are the communities nearby that must be stripped of contaminated materials. A former center of agriculture is now a holding landfill for the debris left behind.

Some former Okuma students are now enrolled about 70 miles away. 60 Minutes traveled there and found that the young people would love to return to their hometown. But they do not expect to return in the immediate future, because of the radioactive effects. One former classmate of Kimura’s daughter said she thinks her friend must be lonely.

60 Minutes: Japanese Connection to the Dead

Many former Okuma residents banded together in what was meant as temporary housing. But three years on, the definition of temporary may be changing. Norio Kimura and his daughter now live in Nagano, five hours away from Tomoe, his mother, who lives in the temporary housing near their former city.

The Japanese culture has a strong connection to the dead, feeling the responsibility to help them find peace. Tomoe told 60 Minutes that she wants to help her husband’s ashes find peace before she joins her son in Nagano. But the family cemetery is contaminated with radiation, and Tomoe’s granddaughter would not be able to visit.

Meanwhile, life continues and Norio still hopes to find his daughter. A new kind of life goes on on the aftermath of natural and manmade disasters that changed Japan forever.