As US intelligence evolved in the decade following 9/11, former CIA deputy director Mike Morell was part of the decisionmaking process for many years, and he gave his only television interview, ever, to CBS correspondent John Miller, who shared this report on 60 Minutes. Here’s a survey of some of the country’s biggest intelligence moments in recent years.

Mike Morell’s final assignment was a damage assessment on Edward Snowden. Morell said he thinks Snowden has betrayed his country, calling his actions the most serious breach in the history of the American intelligence community.

Snowden released details and documents relating to electronic surveillance by the US government. But the one document Morell has been most concerned about is the CIA’s “black budget.” 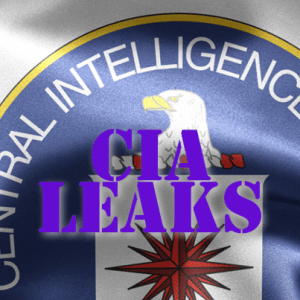 Morell said that Russia, Hong Kong, and any other places Snowden has been since leaving the US may have caused any information he had with him to become compromised. Meanwhile, the CIA still holds its meeting in sealed, controlled rooms, and cell phones are not even allowed in the buildings.

The CIA directors’ conference room is a place where hundreds of decisions are made, which can touch every aspect of US national security. Morell joined the CIA in 1980, hoping for adventure and finding it as an intelligence briefer for President George W Bush.

Morell was also on hand as Bush first learned about the attacks of 9/11. He ended up traveling back to Washington with the president, where their plane was escorted by an F15.

The CIA used enhanced interrogation techniques in hopes of breaking down Al Qaeda. Here are some of the techniques Miller mentioned:

Morell was not going to get into a discussion about torture, though he personally agreed that such “coercive techniques were the wrong thing to do.” He is the only top CIA official to ever take that position.

Over 33 years, the biggest change Morell saw at the CIA were drones, which were used in many attacks. But they have been decried by the UN and other critics for causing civilian fatalities as well. “It is as close to zero as we have gotten with any weapon system in the history of this country,” Morell said, adding that he is certain drones prevented another 9/11-style US attack.

The CIA has supplied $50-100 million to President Karzai, who leads Afghanistan. But Morell said this foreign assistance is business as usual. The former CIA leader said that Karzai is acting in his country’s interests.

Stars are etched into marble at the CIA headquarters, remembering the agents who have died in service. Many names remain blank, and in December 2009, seven officers were killed in Afghanistan.

A team of CIA officers were hoping to meet in 2009 with Humam Al-Balawi, a potential asset for the CIA. Instead, he double-crossed them and set off a suicide vest. Morell said it was the first time an asset has ever killed his case officer in CIA history.

The agency also suffered a lack of credibility when it came to the evidence used to justify the invasion of Iraq. Morell partly blames himself, and since then, CIA analysts have been required to assess their assigned intelligence, but also the level of confidence in what was being reported.

Analysts have been trained to use their confidence level as part of the communication and decision making process. That also came into play when it was believed that Osama Bin Laden had finally being located. Morell said he rounded down his analysts’ confidence level from an average of 80% to 60%, but still advised the president to go through with the plan.

The infamous photo from the night of the Bin Laden compound raid shows figures such as Barack Obama and Hillary Clinton watching events unfold. But the real story was playing out in a bustling CIA conference room. Morell and former CIA director Leon Panetta embraced when the mission was successfully completed.

“This piece of this story is over,” he said of the moment. Bin Laden’s gun and a scale model of his compound are now displayed at CIA headquarters. Morell is confident after 33 years that American can manage its external threats.

However, he is concerned about domestic problems, such as the economy and society. That is true worldwide, he said, and Morell is concerned about contention in Washington. It has certainly changed, he thinks, in his time. I did not expect this story to reach that conclusion, but it is interesting to hear coming from a CIA analyst.