Lara Logan visited Liberia to bring 60 Minutes a story about the Ebola Virus from one of the countries that has been hit the hardest, leading to more deaths from the disease than anywhere else. Most of the US relief effort has been focused on the hot zone of Liberia. More than 2,000 Americans have participated in the global response, and more are en route or lined up to help.

Liberia, barely north of the Equator, is known as home to the last West African rainforest, and its climate makes it easy for Ebola to thrive. Since hospitals were overrun long ago, the focus is now on building temporary Ebola Treatment Units, one of which is run by American relief organization International Medical Corps. That’s where Lara Logan headed to get this story for 60 Minutes.

Logan and her production team traveled with virologist Joseph Fair from Liberia’s capital to their destination, that Ebola Treatment Unit. There, they encountered checkpoints on the border with Guinea, where everyone has his or her temperature taken before passing through. Chlorine is also used with the same frequency that many Americans rely on hand sanitizer.

Logan asked Fair why this Ebola outbreak was so much worse than any that have come before. In fact, it has already killed more people than all known previous Ebola outbreaks combined. His explanation is that this took place in a tri-state region with just a few tribal groups, and it quickly spread into each of the affected states. “This had never happened in such a highly mobile and geographically connected region,” Fair said.

The Ebola Containment Unit Logan and company visited had 50 begs and a staff of 200, headed by American Dr. Pranav Shetty, who studied emergency medicine at UCLA. Shetty illustrated how supplies are cleaned and even dried according to a protocol to kill the virus and allow some things to be reused at the unit.

This place did not exist before mid-September 2014. In about two months, it has treated approximately 200 patients, with zero infections among staff thus far. Chlorine and tap water are readily available to help prevent the virus’s spread. 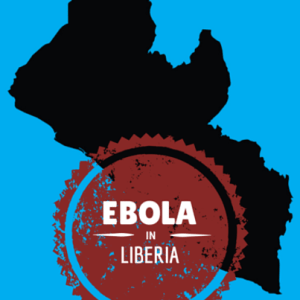 In addition to the “Confirmed Ward,” there is a “Suspected Ward,” containing patients who may show symptoms but do not have test results yet for confirmation. Personnel must wear layers of protection and staff are cleaned in a decontamination zone after leaving each time.

Dr Colin Bucks, a Stanford emergency physician who had been working at this facility for a month at the time of his 60 Minutes interview, thought it was like another world to have this pop-up facility in the middle of a forest. He thought that Ebola could easily be contained if the world would continue to step up.

He said that people should take it personally as global citizens and consider contributing to epidemic relief in the same patriotic vein that sends soldiers to war. American nurse Kelly Suter works with Bucks, and the 29-year-old said she has accepted the risk that she could become deathly ill due to her work in Africa.

“I’d rather be here helping than home safe,” she said, recalling good and bad days for patients there. When one man’s condition suddenly deteriorated, Suter recalled looking around for an emergency call button and other solutions that she is used to in American hospitals; she had momentarily forgotten where she was.

She stayed with the patient and talked to him as he passed away, because there was not much else that could be done. Much of the staff at this particular unit is Liberian, and each shift change involves hymns to keep spirits up. The stigma surrounding Ebola can make it hard on them commuting to and from work, but they find that Americans regard them as heroes in the clinic.

It must be a very difficult job because of the high heat and humidity, which you is bad enough on its own before you find yourself wearing plastic and rubber to cover every part of your body when dealing with Ebola patients. Here, nametags are worn on foreheads of protective gear.

Dr Bucks told 60 Minutes that to put on the suit means you are immediately drenched in sweat. Sometimes the masks can fill with sweat and hot breath, making it hard to breathe and complicating an already difficult situation. Dr Steven Hatch said that he treats the experience as normally as possible. “It removes the sense that I’m an alien,” he said. “I try to do everything I can to humanize that process for them.”

Logan mentioned the sad reality that most patients in the confirmed ward are waiting to die. The lucky few survive thanks to early intervention and IV fluids that can beat the virus into the body’s immune system. The unlucky have their bodies and internal organs devastated by the ravages of Ebola.

Doctors use pain medication and sedatives to try to make things more bearable for the patients under their care. For the 60 Minutes story, Logan wanted to interview patients, but it was hard to safely get close to them and learn their stories. She met a man who was cured and returned with his 5-year-old son.

The father, George, now immune to Ebola, was there with son William. Nurse Suter said that this family is one of the stories that keeps her going when the days get long. “It’s not as scary as it seems, because it is manageable,” Suter said of the disease.

A makeshift ambulance brings new patients to the unit, where a masked medical team is waiting to greet them. In one instance, Dr Bucks was part of that team. The patient was a young man abandoned on the street due to the virus. Bucks pointed out that one symptom of Ebola patients is extreme confusion.

Virologist Joseph Fair lost many friends in the region in the early days of the 2014 epidemic. He has spent 15 years in West Africa, primarily with the US Department of Defense, studying dangerous viruses in a lab as well as among animals. More recently, he has been focused on Ebola.

The outbreak seemed to be over by late May, but some individuals had been missed before traveling elsewhere, to Sierra Leone and Guinea. “It only takes missing one individual to result in another outbreak,” Fair said. The US Army has since committed to 17 Ebola Treatment Units, in collaboration with Liberia’s military.

The virus is still without a cure, and in West Africa, the death rate is about 70%. There are dedicated teams who come to collect new patients, with chlorine sprayers working to decontaminate residences and other potential areas of exposure as a patient is transported for care.

One woman waited with her son in the “Suspected Ward” while her husband slowly died in the “Confirmed Ward” of the same unit. Fair told 60 Minutes that any outbreak, Ebola or otherwise, must be contained at its source or the rest of the world can never truly count on being safe.

Each of the more than 60 deaths so far at the unit have been marked with a simple funeral. Since the bodies are still infectious, they must be carefully wrapped, and chlorine sprays are a part of the ritual also. Sadly, the confused young man and the 5-year-old were among the patients who found a final resting place nearby after losing their lives to Ebola.